George Headley Robinson, one of the people integral to Bob Marley's legend, died in Kingston, Jamaica on October 6. He was 89.

Known as Georgie, he is immortalized in No Woman No Cry, Marley's powerful song about life in a squalid tenement in Trench Town, Kingston.

He inspired the lines, "Said I remember when we use to sit inna government yard in Trench Town And then Georgie would make the fire light As it was logwood burnin’ through the night…”

In a statement, the Bob Marley Foundation said it "regrets to announce the death of George Robinson, fondly called ‘Georgie’ by family and friends."

It continued: "The Marley family is deeply saddened by Georgie’s passing as he was a lifelong friend of Bob Marley. He will be deeply missed. Rest well Georgie."

Georgie was a regular at the Marley Museum in Kingston. He was a popular figure, with tourists eager to hear his stories of Marley and The Wailers' early years in Trench Town.

In recent years, Georgie resided at a nursing home where he died. 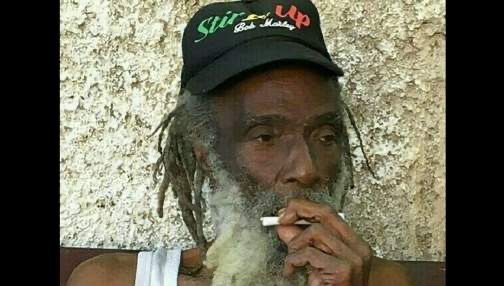