Derrick Scott returns to the Unity New Testament Church of God in Lauderdale Lakes on November 13 for the sixth staging of his Gospel Mission Concert.

Last year's event was held virtually because of the Coronavirus, but through strong support for the Federal government's vaccine program, Scott and his team decided it was safe to make a comeback at the church where he has worshipped for many years.

Scott said he gets a spiritual lift out of Gospel Mission which he insists has never been about financial gain.

“The people love the music and what I’m doing. Even when I go home without any money in my pocket I still feel satisfied,” he said.

Gospel Mission was first held in 2015  when Scott launched his album, Preacher Nowadays. The congregation's reaction was so enthusiastic, he decided to make it an annual event.

From rural St. Catherine parish in Jamaica, Scott has lived in South Florida for nearly 30 years. He has released four albums to date; his previous effort, Mission Ablaze, captured him in concert at the 2018 Gospel Mission. 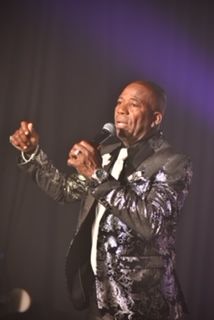